Destruction: low, apple production is relatively sustainable, there is no known significant damage to air, water, land, soil, forests, etc. as long as pesticides have not been used, be sure to buy Non-GMO/organic, as toxic, chemical pesticides contaminate air, water, soil, etc.

Kills: none, apple cider production does not require any animals to be killed

Harms: none, apple cider production does not require any animals to be used

Indirectly kills or harms: none, no animals are indirectly killed or harmed from apple cider production as long as toxic chemicals have not been used, be sure to buy Non-GMO/organic, as pesticides harm and kill wildlife and ecosystems by contaminating soil, water, air and plants that animals eat

apple cider is not a common food allergen.

apple cider likely has a low to moderate carbon footprint.

There are a number of steps one can take to reduce energy output. According to Oxford Martin School researchers, if the world went vegan, eliminating animal-derived products, it could reduce greenhouse gas emissions by two thirds and avoid climate damages of $1.5 trillion.

apple cider may have labor issues and human rights concerns.

Is apple cider a product that has known labor issues? At this time, there are no known specific reports of worker mistreatment regarding apple farming but that doesn’t mean it isn’t happening. Apple cider may or may not have labor issues.

Apple Cider: Are There Health Benefits? 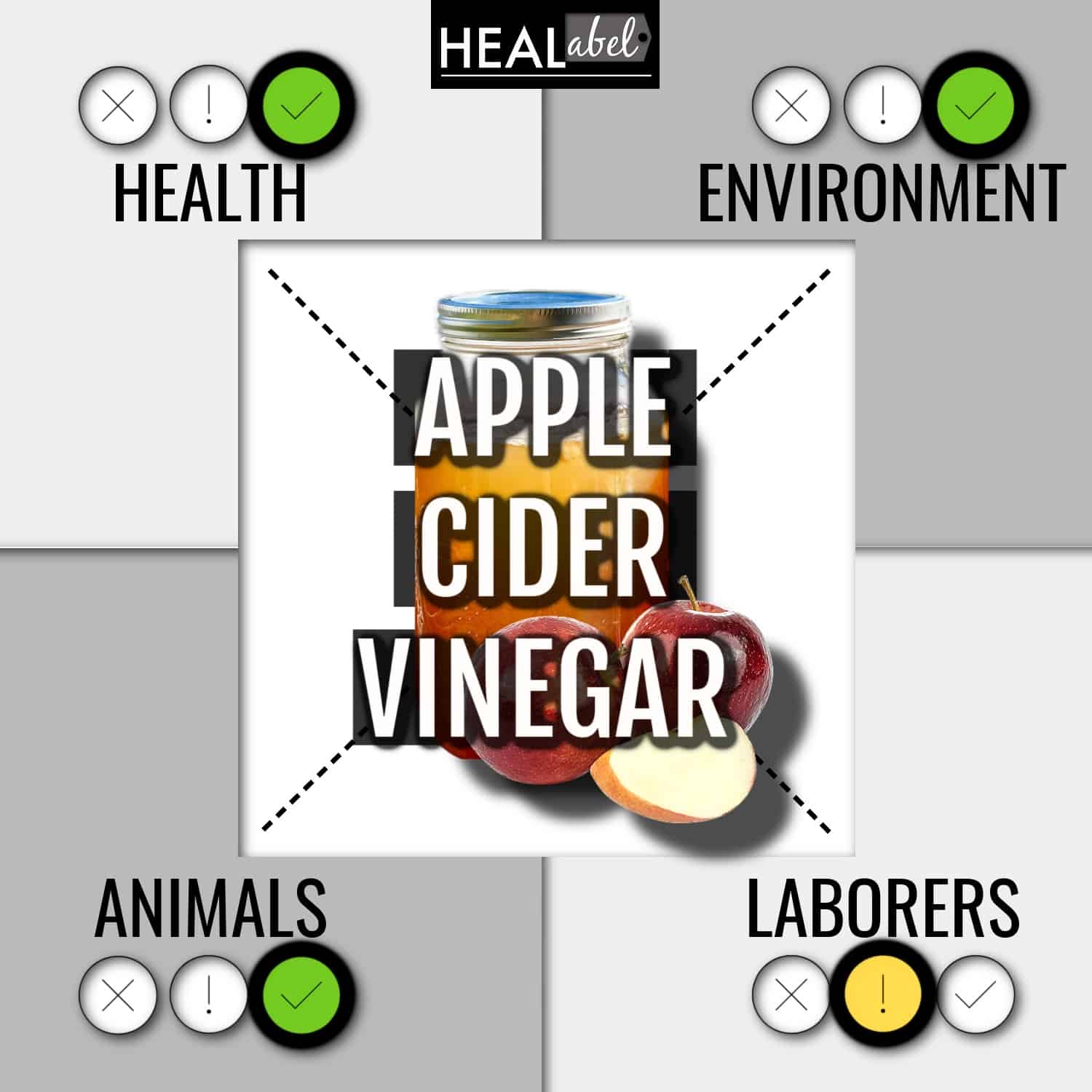