What are canola oil side effects and benefits every ethical consumer must know? Here are canola oil pros and cons and how buying it will impact your health, the environment, animals and laborers.

Food is something we consume every day and if you’re like me, you do all the research you can to make sure you don’t hurt yourself, the planet, animals or others when shopping. As an ethical consumer myself, I am giving you all the info I’ve found on canola oil benefits and side effects.

After learning if canola oil is good or bad for you, the environment, animals and human rights, you will be prepared to make the best choices you can the next time you buy food.

This post is all about canola oil side effects and benefits that every ethical consumer should know.

Canola oil side effects may include:

Canola oil health benefits may include:

Destruction: high, canola oil is not a natural plant, rather a modified rapeseed plant, canola is rapeseed that has been genetically engineered to be resistant to the toxic herbicide RoundUp, 90% of the world’s canola crops are GMO and therefore resistant, there is an ever-growing dependency for canola crops to need more and more toxic RoundUp

Kills: none, canola oil production does not require any animals to die

Harms: none, canola oil production does not require any animals to be used

Health and safety: varies, overall, agriculture continues to be one of the most dangerous industries, farmworkers may be subject to dehydration, heat stroke, unprotected exposure to harmful, toxic chemicals, and pesticides, unsafe machinery and clean drinking water may not always accessible, the World Health Organization’s International Agency for Research on Cancer (IARC) concluded that RoundUp was “probably carcinogenic”, laborers of canola oil may be exposed to RoundUp since the majority of canola oil requires it

Where does most canola oil come from?

Is canola oil good for you? Nutritious?

Canola oil is high in healthier unsaturated fats and omega-3 fatty acid alpha-linolenic acid (ALA) but has high levels of trans fats.

Is canola oil alkaline or acidic?

What is the pH level of canola oil?

Canola oil has a 7.0 pH level, once digested.

canola oil is not a common food allergen.

No, canola oil is not a common food allergen. Some people may experience allergic reactions to canola oil but it is relatively rare by comparison.

Does canola oil have a high or low water footprint?

Canola oil has a moderate water footprint compared to other foods.

What is the water footprint of canola oil?

Does canola oil have a high or low carbon footprint?

What is the carbon footprint of canola oil?

It takes around 1.70 kg CO2e to produce 1 kilogram or 2.2 pounds of canola oil, a car driving equivalent of 4 miles or 6.5 kilometers.

canola oil is moderately sustainable. canola oil side effects include having a worse environmental impact than other oils.

No. Canola oil production is relatively unsustainable. Canola oil is not a natural plant, rather a GMO rapeseed plant.canola is rapeseed that has been genetically engineered to be resistant to the toxic herbicide RoundUp, 90% of the world’s canola crops are GMO and therefore resistant, there is an ever-growing dependency for canola crops to need more and more toxic RoundUp.

canola oil is vegan. however, canola oil side effects include being harmful to wildlife.

Yes, canola oil is vegan. Canola oil is the oil from a GMO rapeseed plant and not an animal product or byproduct, therefore making it a vegan food. However, canola oil is harmful to wildlife and ecosystems due to high usage of the toxic herbicide known as RoundUp.

canola oil is a product that has known laborer issues (toxic pesticide exposure). canola oil side effects include being harmful to workers.

Is canola oil a product that has laborer issues?

At this time, there are reports of worker mistreatment regarding canola farming regarding toxic pesticide exposure.

This post was all about canola oil side effects and benefits.

Ask the Expert: Concerns about canola oil | The Nutrition Source

Why you should toss the vegetable oils ASAP 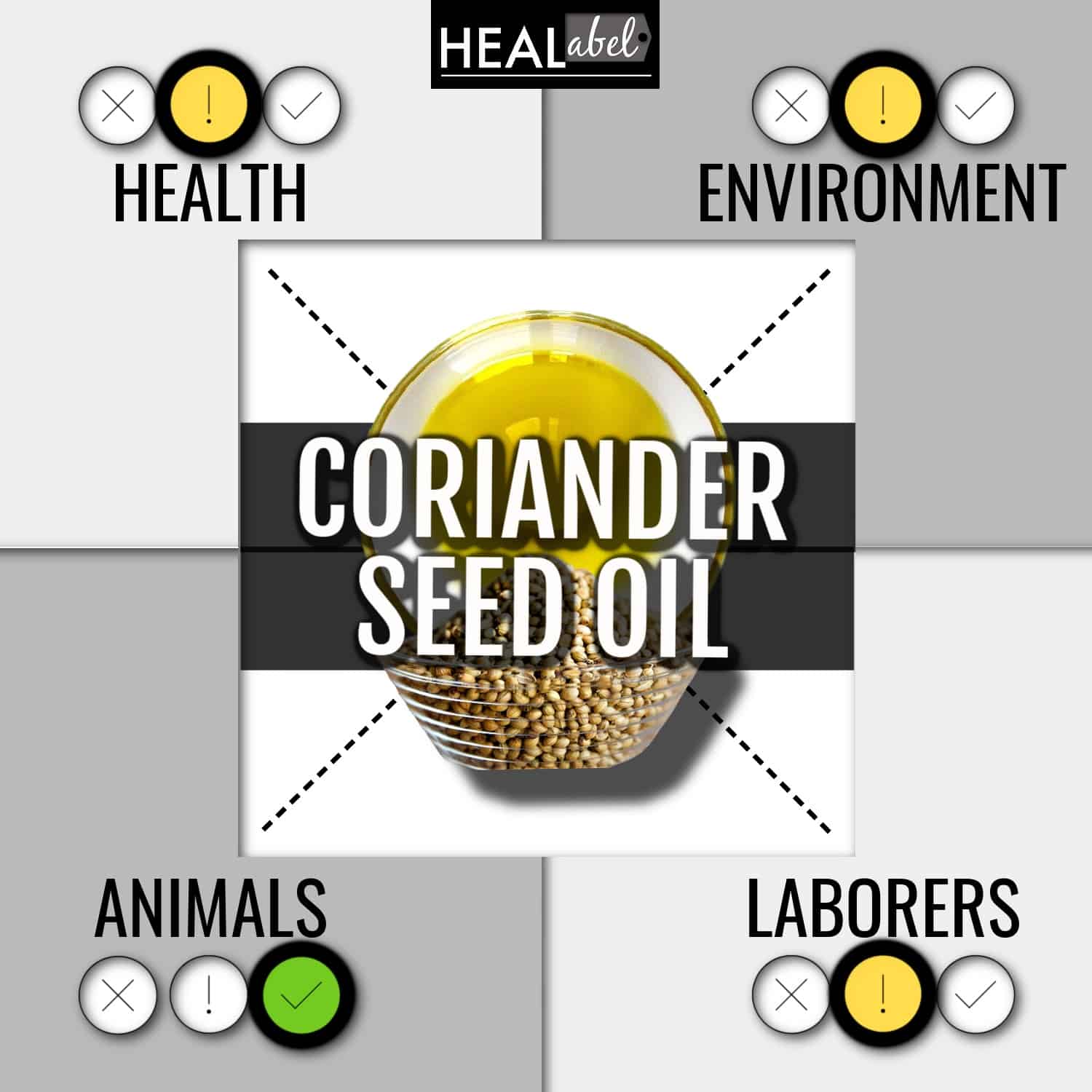 Coriander seed oil benefits and side effects on health, environment, animals, laborers. Is it vegan? Is it sustainable? See pros and cons.