Energy: cheese is bad for / increases the risk of diarrhea, inflammation, migraines | cheese is good for / helps anemia prevention

Is cheese alkaline or acidic? Cheese is acidic. What is the pH level of cheese? Cheese has a 3.0 pH level once digested.

cheese is a high-fodmap food.

No. Cheese (particularly soft, unripened cheese) is a high-FODMAP food so you should limit or eliminate it while on a low-FODMAP diet.

cheese has a moderate water footprint.

cheese has a high carbon footprint.

What is the carbon footprint of cheese? It takes around 13.5 CO2e to produce 1 kilogram or 2.2 pounds of cheese, a car driving equivalent of 31 miles or 50 kilometers.

cheese is not vegan.

Is cheese vegan? No, cheese is not vegan. Cheese is dairy, the byproduct of a cow, goat, or sheep therefore making it an animal-derived food. A mother cow, mother sheep or mother goat’s milk must be used in order to produce cheese.

Is cheese a product that has known labor issues? At this time, there are reports of worker mistreatment regarding dairy farming.

Cheese and Healthy Diet: Associations With Incident Cardio-Metabolic Diseases and All-Cause Mortality in the General Population 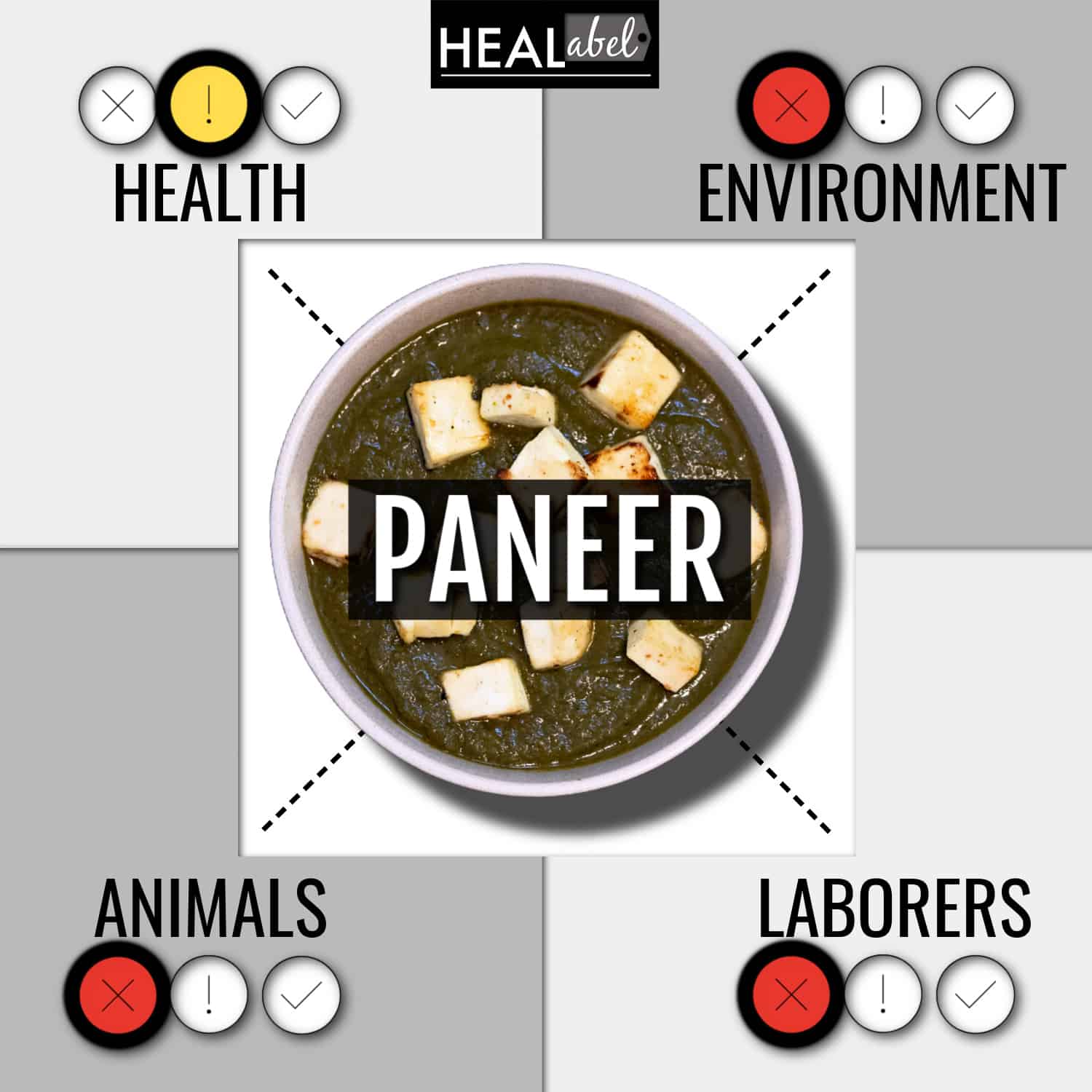 Half and half benefits and side effects on health, environment, animals, laborers. Is half and half vegan? Sustainable? See pros and cons.